Probably not this year but we’ll have fruit in the near future.  Have to start somewhere . . if we didn’t plant them, we’d never have them.  Two peach trees were planted here already when we moved here.  One was already dead but the other one is budding out.  We need to dig up the dead one and plant another one.  They’re inside a fence/cage to keep the deer from getting them.

We’re still putting the fig tree in the well house at night to keep the deer from eating it but it’s doing great — new buds and new leaves. 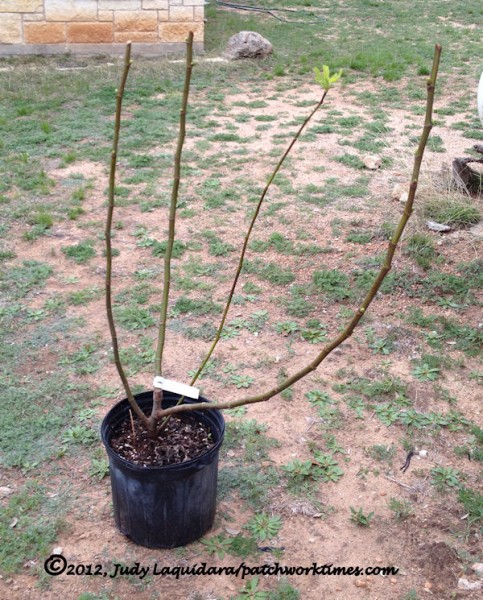 The strawberries are safely out of reach of the deer . . unless they’re really hungry. 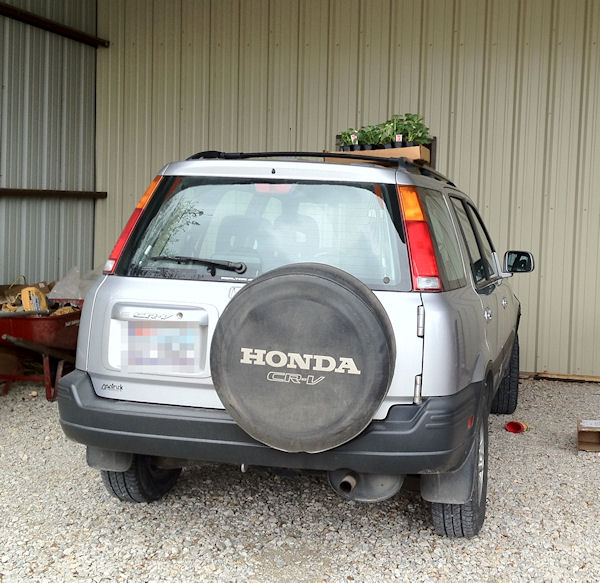 They can and would get those plants if they were hungry but there’s plenty of vegetation out right now for them so I’m hoping they don’t tackle the Honda to eat those strawberries.  The more likely thing that will happen is that I’ll forget they’re up there and I’ll drive off and lose them.

The neighbor was telling me yesterday that he had gone out with his RTV to check on the cows.  He had put cubes for the cows in a bucket and had left the empty bucket in the back of his RTV.  When he got home late that night from being somewhere, the deer were in his carport licking the crumbs out of the empty bucket while it was still in the back of the RTV.   The deer are pretty to watch but they sure make it difficult to grow anything.