This may be the very best wheat bread recipe I’ve ever made!   The whole wheat bread I’ve made for years is good but I was thinking more along a multi-grain bread . . something more exciting than just whole wheat, and I came across Dee’s Health Bread.  It had so many reviews and comments that I just had to try it.  It’s been several months since we had wheat bread because of . . the second  move, but we’re not thinking about that.

Yesterday I dug out the wheat grinder, a jar of wheat and it felt good to be doing another thing that makes life seem normal. 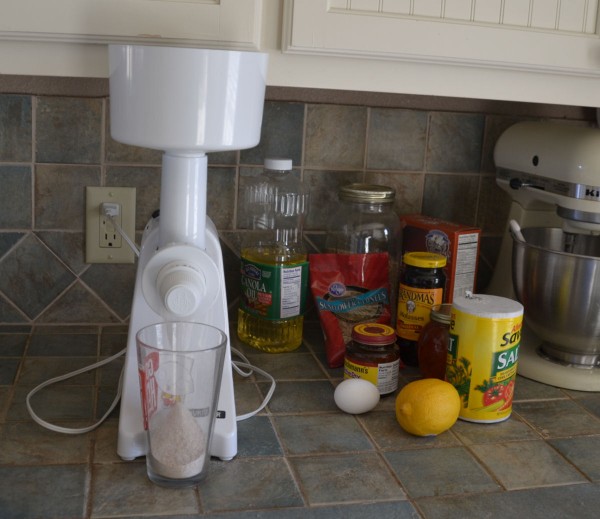 I made half the recipe and made 3 one pound balls of dough.  I baked two of them and put one in the freezer just to see how it will turn out.  If it works ok, then I’ll make the whole recipe next time and put 5 balls in the freezer so we can have warm, fresh bread every few days.  I should add . . I will not make the full recipe til I find my Bosch mixer! 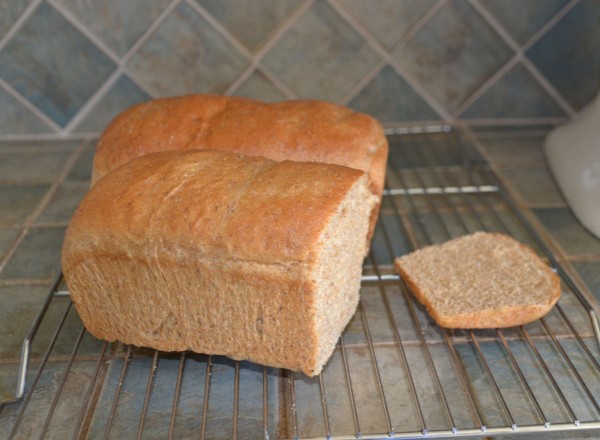 This bread is soft and squishy, not crumbly at all.  It really has a great texture and crumb and the crust is really good — not brittle at all.

Modifications I made to the recipe (remember I used half of the recipe):

This is an excellent bread and from the reviews posted, even non-breadmakers are having great success with this recipe. Not only did it feel good to be using the wheat grinder again but it felt good to be eating whole wheat bread and, this morning it was great toasted with homemade cherry jam!