It’s always funny to me how a post starts on one blog, then someone else adds their thoughts and then someone else and first thing you know, every blog I’m reading is talking about the same thing. And, it’s kinda funny how I start out writing one blog entry and it turns into a thesis!

Amy had this post on her blog earlier this week. Vicky has this post today. It started with this quote from Be*Mused:

‘This is not who you are but who you want to be.’

I read on this blog that it’s a quote from Peter Walsh. I also found a book on Amazon entitled “It’s Not How Good You Are, But How Good You Want To Be“.

When I really think about it, I’m not sure I really know who I want to be! I do . . but I don’t! I guess at 53, I’m pretty much going to be that person at the end of this road I’m traveling. It’s so easy to just float along, doing whatever comes easy. . just caught up in the routine of day to day activities. I find that it takes a lot of effort to change. It’s kinda like going on vacation. I could just get in the car and go to who knows where . . and that seems to be kinda the way I live my life. Or, I could sit down with a map or trip planner of some kind, plan the route, make hotel reservations along the way, plan the restaurants I want to visit while on vacation and have a definite plan. That’s not so much how I live my life.

If I could do anything I want to do as far as how I live my life, I’d find about 40 acres in the woods somewhere. I’d clear out enough to have a house and a really big garden. I’d have some chickens and some goats. But that will never work for several reasons:

As far as this wish, I’ll just have to be happy to have a backyard garden when I can and I’m sure I’ll never own a chicken or a goat. 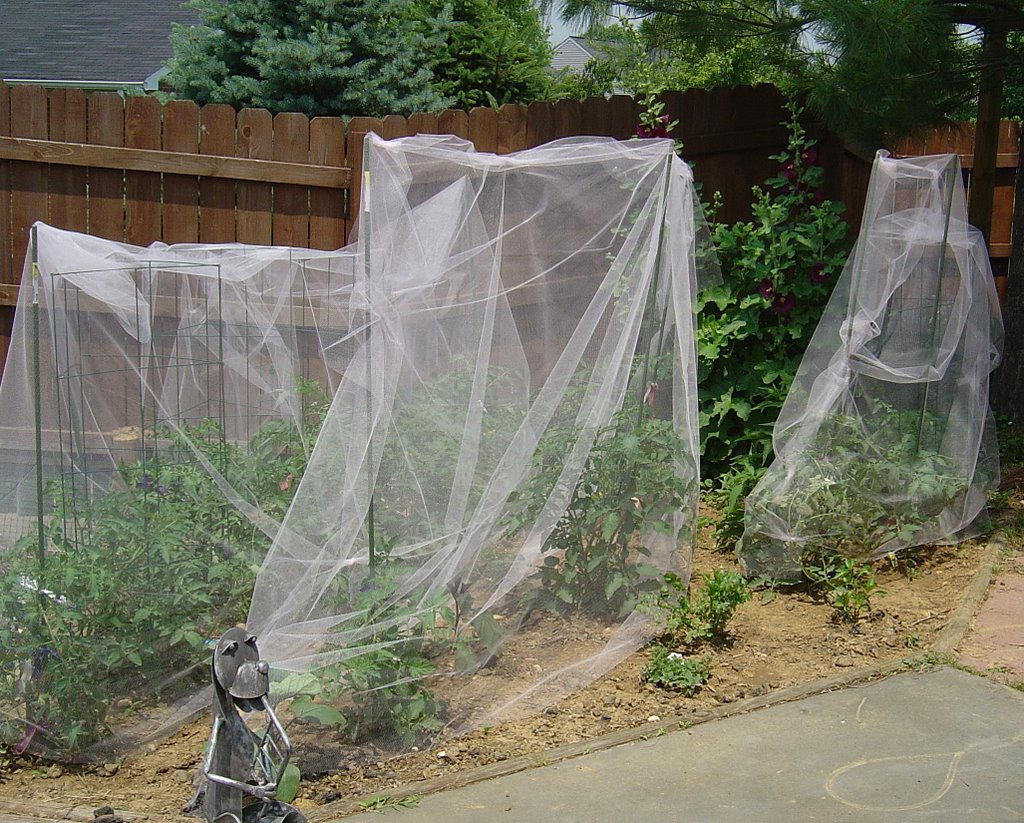 This is a picture of my little garden at the house in town in Kentucky a couple of years ago. I strung this netting around everything to keep the Japanese Beetles from eating the plants. Think my grandparents would marvel at my gardening techniques? 🙂

Yesterday I spent an hour or more online looking at farms in our area for sale. It’s one of those things Vince and I both would have to to want to do and both be committed to doing and that’s not where we are. He wants to live on the water . . like a nice size river but not in one of those waterfront developments. Eventually maybe we’ll find a good size chunk of land along a non-flooding river! 🙂

Maybe that’s not a life that I was supposed to live. Maybe I just remember the days of being at my grandparents’ home where there was a huge garden and chickens and cows and a horse or two and sometimes pigs. Those were fun days for me.

Another thing that I had wanted to do for the past several years is the wheat/mill thing and I just never did it. I went back to my old blog and found a post from June, 06 where I was talking about wanting to mill my own flour. As you know, I ordered the wheat berries and mill this week so now I’m going to do that.

Other than wishing I lived on a farm, I’d have to say that I’m pretty much living the life that’s perfect for me.

While I’m surely not one to give advice (don’t tell Chad I said that!), here are a few things that might help someone else.

Because quilting is such a vital part of my life, I’m going to share these stories with you about where I used the above things and it made a huge difference in my life.

So, my unsolicited advice – think about what/who you want to be and start today taking steps to become that person!