Some time last year, early Spring I know now, I read in the paper about a fairly young mother of four children, pregnant with her fifth child who had died. The paper listed the church she attended and it happened to be the same church the girl who cuts my hair attends so I asked Robin about this lady. She told me that it was really sad. The lady homeschooled her 3 school age children, got sick and there were complications and she just died — something fairly simple that affected her heart as I recall.

Then in January (2005) I was at the dentist with my son for a checkup. Our dentist is always so busy and it takes forever to get an appointment. Chad had a cavity and as we were leaving and I was trying to make an appointment after school, they told me they had a cancellation for “tomorrow”. I hesitated — who wants to go to the dentist two days in a row — but went ahead because it would probably have been 6 months before I could have gotten another appointment.

So, back to the dentist on Tuesday afternoon. We walked in and there was an older lady (not really old but I doubted the children were her children) sitting there with three children. I just KNEW those children belonged to the lady who died. I don’t know how I knew it but I did. The children were well mannered and very cute.

The dental assistant called for “Anna” and the lady told her that Anna would be coming with her dad so they took back another child. Then dad came in with Anna, a lively 4 year old. The lady explained to me that he was her brother. I guess she thought I might wonder why she left when dad arrived.

While waiting for Chad, I was working on binding on a quilt. Anna walked over and commented on the quilt. Dad said something like “Mom would like that. She loved quilts.” Anna said “Oh, dad. . you know mom is far, far away in heaven!”

Ughhh, now I KNEW it was those kids. So, the next day I called the dentist and inquired. Yes, those were the children whose mom had died. I told them I wanted to make quilts for the kids but I wanted to drop them at the dentist office because I didn’t want them to know who had given the quilts.

Think I was at the dentist office two days in a row for a reason? 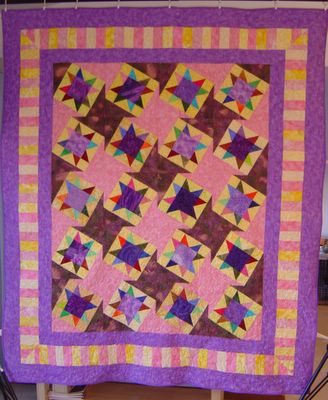 This is the quilt made for Kathleen. 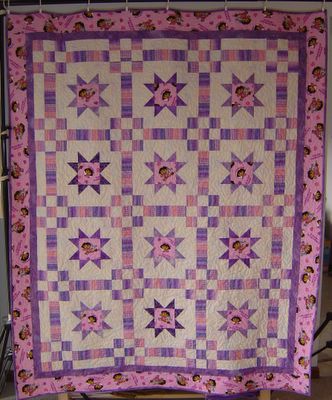 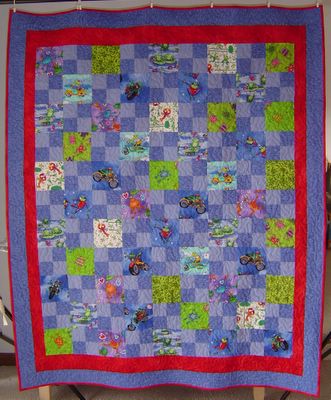 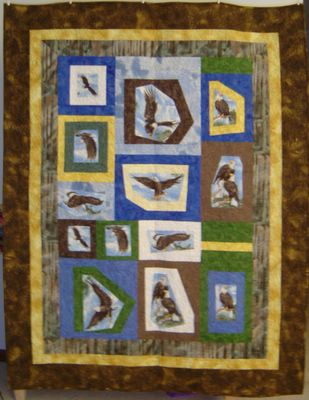