My friend since we moved to Louisiana almost 60 years ago, Steve Bennett, has a wonderful cookbook – A Few of My Favorite Things. His mom and her parents and grandparents were true cajuns and some of the best cooks ever. Steve has been preaching at large Baptist churches, mostly in Louisiana, forever and you know how Baptists love to eat and share recipes. There are so many grat recipes in this cookbook. My favorite fig cake recipe is in there . . I kinda wish I hadn’t remembered that! The Fricot that I could eat every day . . that recipe is in there (page 48 if you get the cookbook).

I was talking to my sister earlier this week and she told me that she had made Steve’s chili recipe and shared some with mom and dad. She was telling me how much they all enjoyed it.  I had made it before and then, after she mentioned it, I knew I had to make it.

The recipe calls for the normal chili ingredients. 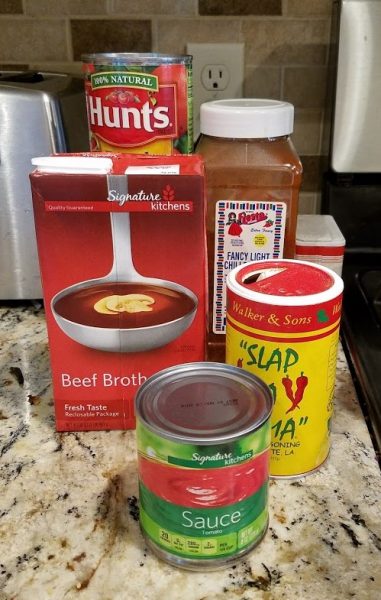 The “secret” ingredient to making this chili special is this:

My sister said her 9 year old grandson was at her house when she was making the chili and he said “Granny, you’re going to ruin that good chocolate by putting it in chili?” But, when he tasted the chili, he said it was the best chili he’d ever had!

Probably 40 years ago I came across a recipe for venison chili and it called for adding chocolate so I’ve done it ever since.

Here’s the real secret ingredient to my pot of chili: 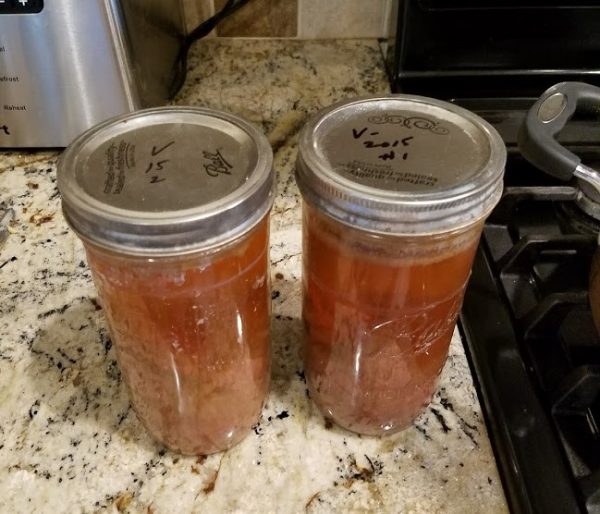 Instead of using chuck roast as suggested in the recipe, I used two jars of canned venison. I told Vince last night that I was making chili today and he said “What kind?” I said “just regular chili!” He’s still very apprehensive about eating venison. I don’t understand that. It tastes so good. It has no antibiotics or hormones.

My “code” on the jars:  V = venison. 15 = 2015. #1 is the first deer of the season. #2 is the second deer of the season. I just grabbed two jars . . didn’t matter that it was from two different deer. I label them just in case we end up deciding that one tastes better than the other. One that tastes gamey or is really tough would be better for chili or other highly seasoned dishes but we’ve never had venison from here that wasn’t great. 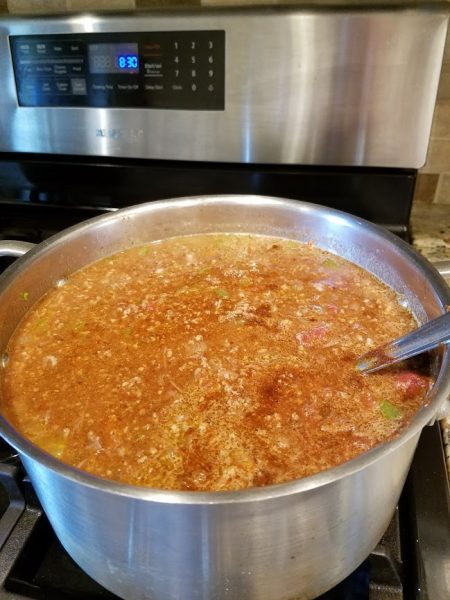 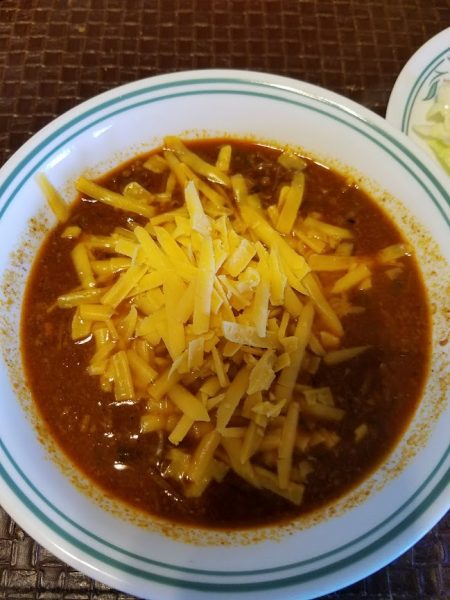 By 11:00, we had chili and coleslaw for our lunch. Can’t beat that. So enjoying the cooler temps and getting to eat “cold weather” foods.

Vince raved about the chili and then I said . . it has ground meat and venison. He said “It’s good . . really good!” We’re making progress.