This is kinda embarrassing! For a group on Ravelry, I needed to list the projects I hope to finish this fall. That meant taking pictures of the projects I’m working on and have any hope of finishing . . not even counting those projects languishing . . for months and months. So, with photos already taken, here’s what’s on lots of needles!

First, it’s Stained Glass Cowl. I could have finished this thing in the amount of knitting I’ve done but stopping and ripping has taken it’s toll. 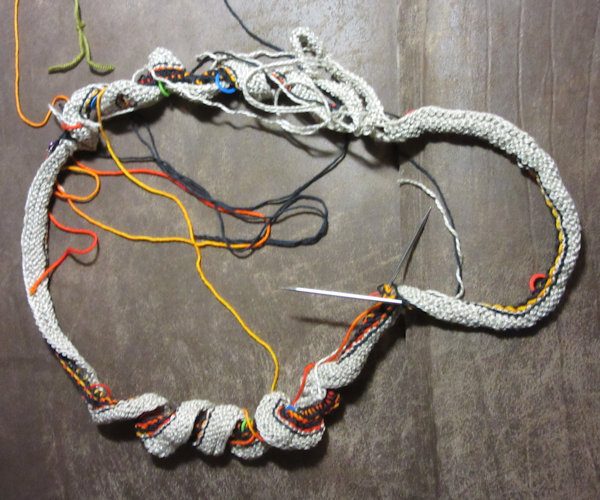 Next is a secret test knit. Not even sure when I cans how pictures but here’s the yarn I’m using. It’s socks and I’m almost to the point of increasing for the gusset on Sock #1.

Right after the test knit is completed, I’ll finish my second pair of Diamondback Socks. 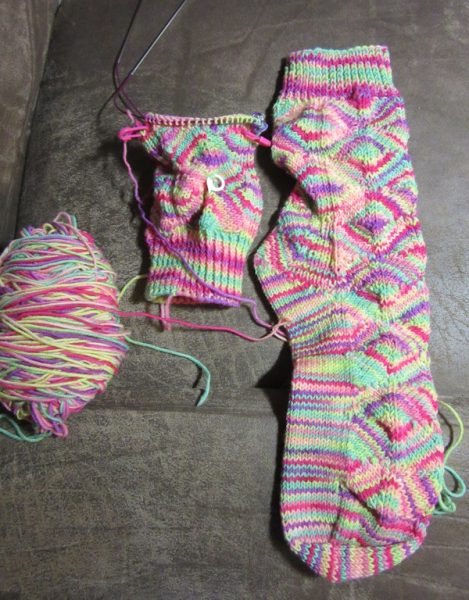 Next is the socks I’m making using the tortoise shell yarn. I’m not happy with the yarn. It’s getting way too light but . . I guess that’s how some cats are and since it’s named after a tortoiseshell cat (like Cat), I’ll just get it done and stop complaining.  I’m in the home stretch of Sock #1. Heel is done and half the foot is done. 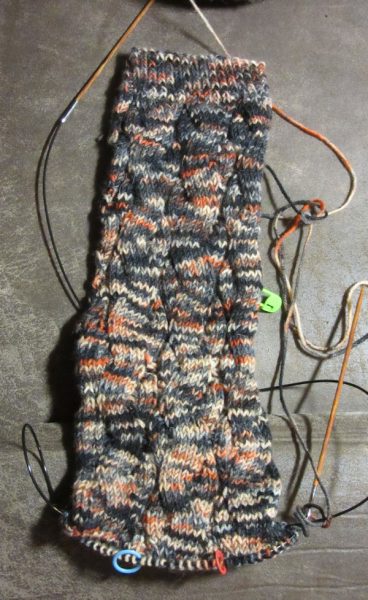 Next, I have three pairs of plain vanilla socks. I love the yarn in all three pairs. Two are toe up and one is top down. 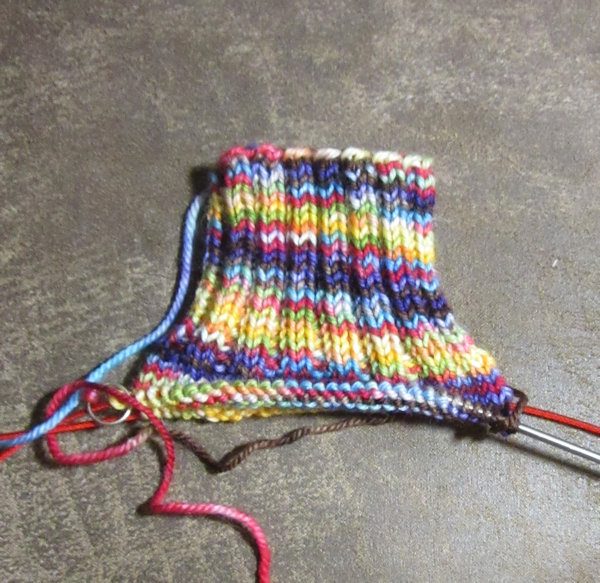 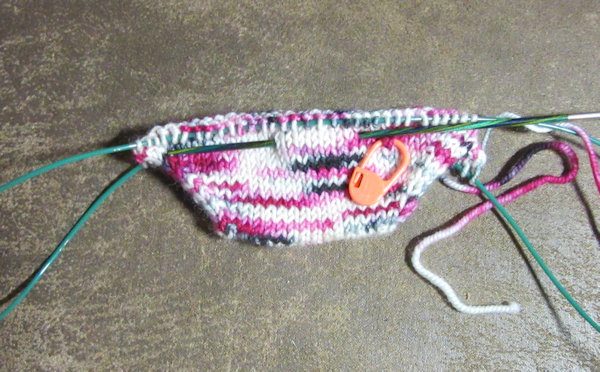 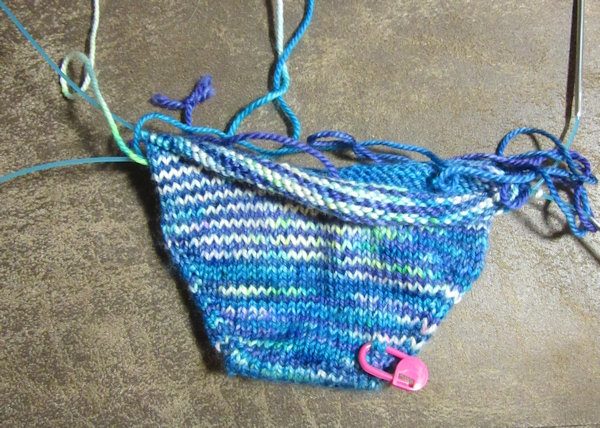 Then there’s the Briochealuscious Shawl which is barely started but . . it’s started. 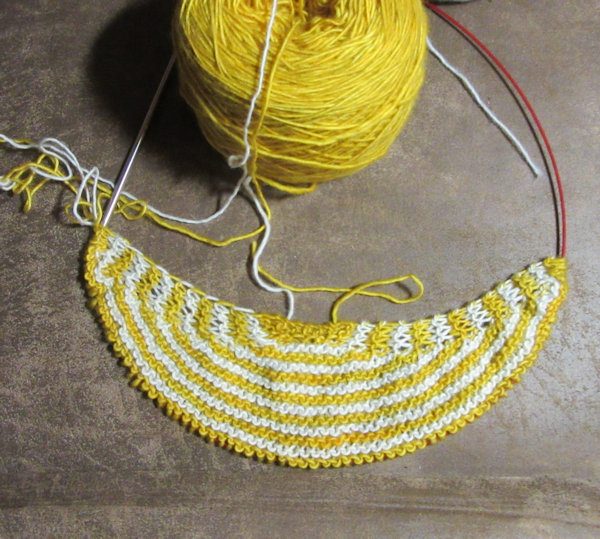 And, because one can never have too many shawls, there’s Partly Sunny. 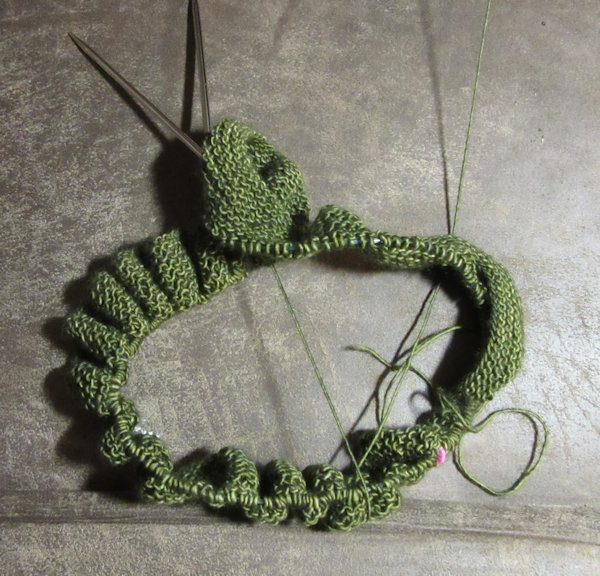 The question of the day . . really two questions:

Actually, I had some projects I wanted to make for Christmas gifts and these are not on that list! Bad Judy!!

Either I’m going to have to finish some projects or order myself some new needles!

What’s on your needles?