First is the sweater I finished that’s a test knit for Laura Aylor. I’m not sure what she’s calling this pattern but I’ll post here when it’s released. I kept hoping for a sunny day for taking photos outside but it looks like the sun is just not going to be seen around here. 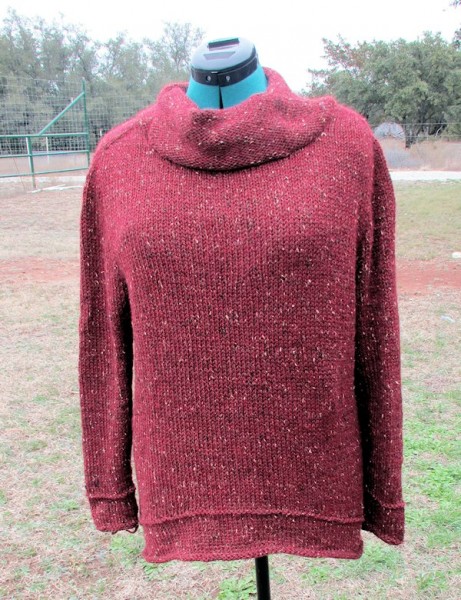 I’m always telling you how much I love a pattern so maybe I should tell you why I love  them so you’ll know if you need to knit one for yourself. 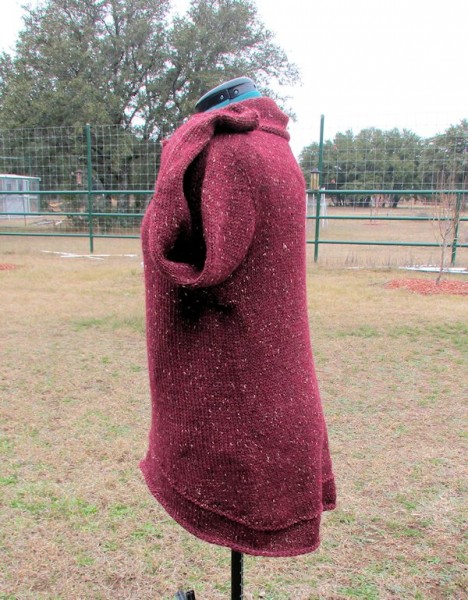 The yarn that I used is Knit Picks City Tweed. It’s soft and I don’t mind it at all but I would love to knit this in Madelinetosh Chunky . . and I’m trying so hard not to order the yarn to make another one. Around here, most of the time all I need during winter is a heavy sweater. In the house I usually have on an old T-shirt and a sweatshirt type zipper jacket but then Vince comes in and wants to go somewhere and if I have something like this that I can just slip over my old T-shirt, then I’m good to go.

The things I love about this sweater:

I did add 6 rows to the length before beginning the short rows for the curved bottom.

If I’m lucky, I’ll get busy knitting and forget how badly I want to order yarn to make another one!

The second finish was another hat for Vince. 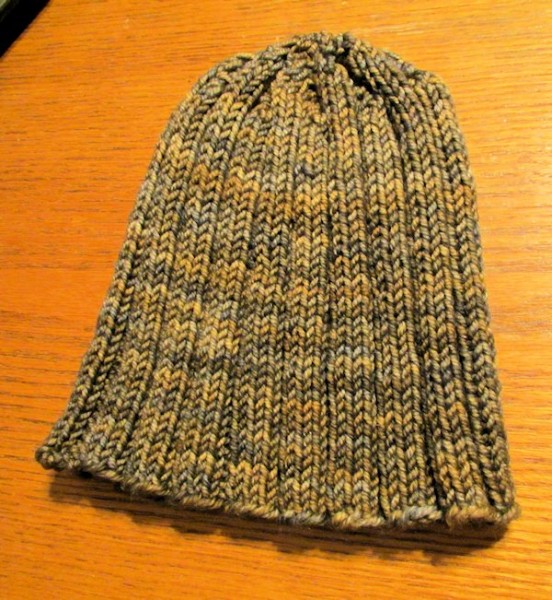 This is such a quick project – another aran weight yarn. The yarn is Madelinetosh Chunky and the color is Badlands. The pattern is Hat Fit for a Boyfriend. The entire time I was knitting this hat (two days) I was saying to myself . . I want MORE of this yarn so I ordered more. I’ll be making Traveller’s End using Badlands.

Now . . do I get back to knitting or do I place an order for more Madtosh Chunky to make another of Laura’s sweaters?