One test block done for Nicole’s Sofa Quilt- not a whole lot but almost all the components are done and if I can sew some this week, the progress will be quick now. 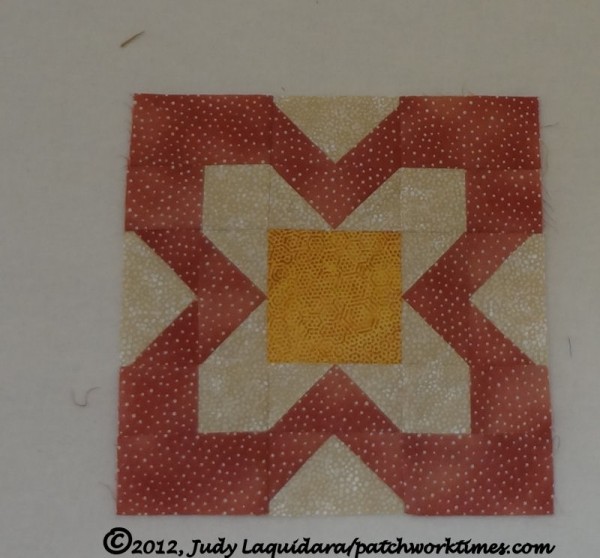