How did we go from wanting 6 hens to having 25 chickens?  It’s because they’re so darned cute!  Really, here’s how it happened.

We couldn’t wait for “Chicken Days” to begin at Tractor Supply.  Here, they began having chickens on March 6.  Vince went down there as soon as the chicks arrived and he bought 8.  Even though we only wanted 6, folks who know about chickens say to get a couple more than you want because you usually lose one or two.  So, we bought 8.  All he knew was that they were “assorted pullets”.   When we went back on the following Saturday, the guy told us that he thought we had gotten Cornish Cross chickens, which are meat birds.  Not good . . so we talked about what we should do and we bought 8 more so we’d have some egg chickens.  We lost two of those so we were down to 14 . . way more than we needed.

Then we went back to Tractor Supply for something, promising ourselves we would not get chickens.  But they had the cutest little bantams, and we bought 5.  That brought us up to having 19 chickens!  The bantams were straight run so, no doubt, several of them are probably roosters.  They’re still just as cute as they can be.

Can you see their cute little black feet?  The ones with black feet have black beaks and black skin and I think I read that they have real dark meat too . . not that we’ll ever eat one!

Late yesterday afternoon Vince called me and said “Come and get me!  Tractor Supply has more chickens and this might be the last ones they get in for the year!”  NO!  He said “Let’s just go see them . . we don’t need to buy any!”  Yep, I know that routine.  It’s the same thing that happens to me when I go to The Loopy Ewe . . just to look.  Not to change the subject but we have water heater issues (that didn’t surprise you, did it?) so Vince had to come home this morning to show me how to turn off the gas to the water heater and he said “I’ll have to take off this afternoon and deal with it.”  I’m thinking . . the mail lady might bring a box from The Loopy Ewe so I said “Oh, Vince . . it’s plenty hot enough outside that taking a cold shower won’t be a big deal!  Don’t waste your vacation time dealing with the water heater!”  He just looked at me kinda funny . . didn’t guess that I didn’t want him here when Rhonda, the mail lady, calls to tell me to meet her at the gate for a package . . but he didn’t buy that I don’t mind taking a cold shower!

So, we got to Tractor Supply and they had this: 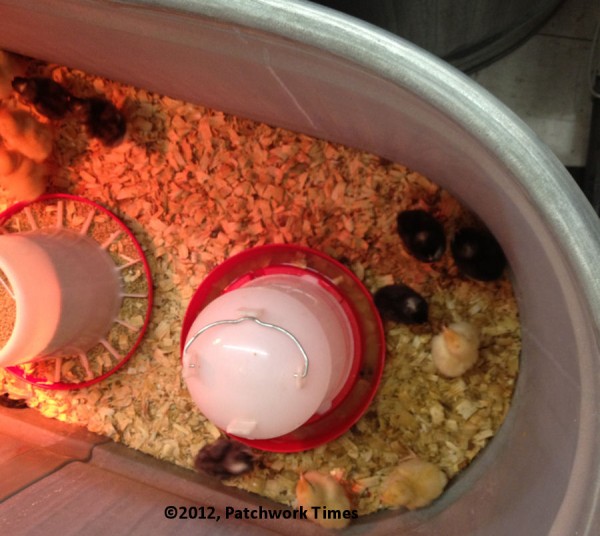 Buff Orpingtons and Dominiques!  I don’t mind having Buff Orpingtons but I really, really wanted Dominiques!  They only had 6 of the Dominiques left so Vince said “We’ll take them!”  I said “Our coop is full!”  He said “I’ll build another coop!”  That means, he’ll build two more coops because he has to build a separate coop for the bantams.  Good grief . . maybe we need more than 45 acres!

Our Tractor Supply folks are so nice.  Payton was catching the chickens for us and one of the guys walked out of the back and said DON’T LET THOSE FOLKS BUY MORE CHICKENS!  When we bought the bantams, we told him . . if you see us in here again, do NOT let us buy more chickens.  When the chicken handlers at Tractor Supply know us . . we’ve been there too much!

These were straight runs and I’m hoping at least a couple of the ones we got are hens. 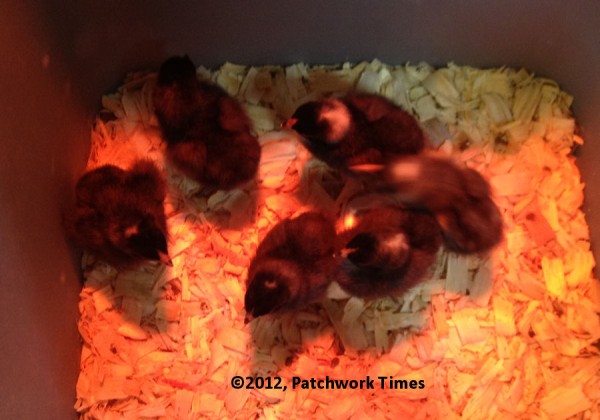 We were so happy to get these.  Vince’s middle name is Dominique so he thinks these chickens are going to be his favorites!   They are so cute!

That’s how the Yellow Jacket Ranch ended up with 25 chickens when the intent was to get 6 hens!